Create your own flag to honor an American hero with popsicle sticks. Scroll below to see how you might include this craft projects as part of a larger lesson or discussion! 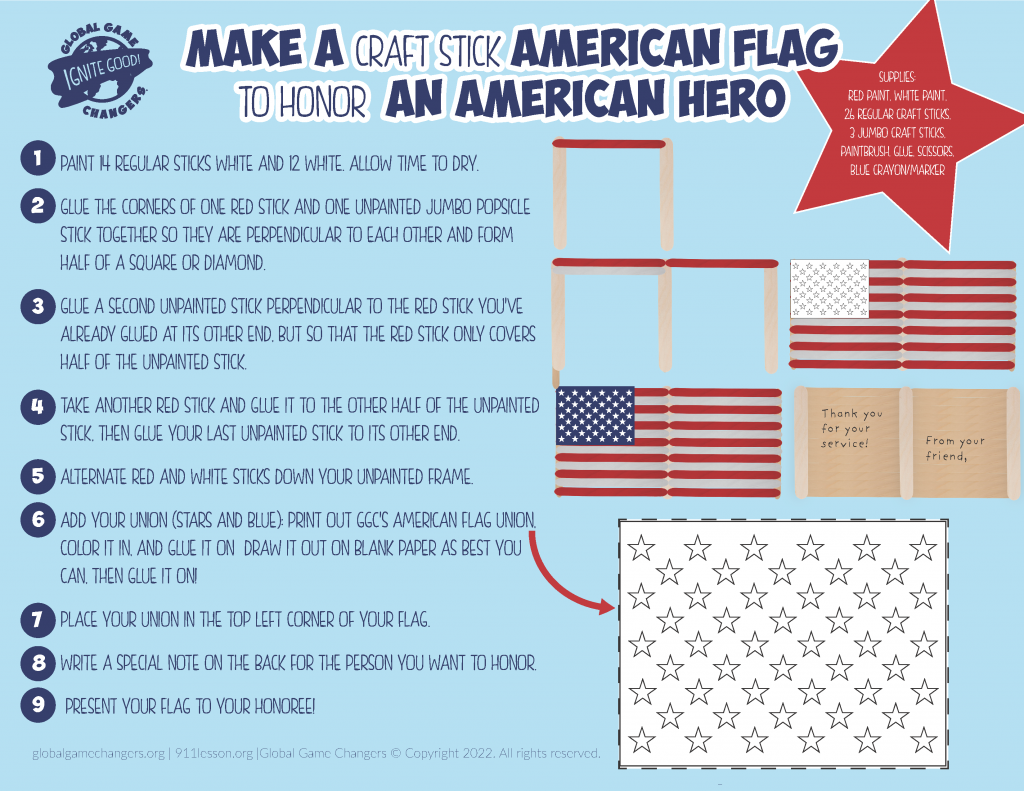 EXPLAIN: The terrorists of September 11, 2001, wanted to destroy the United States. After the attacks, people showed their patriotism by wearing and displaying the American flag. They wanted to make sure that the world could see that they had damaged our country but not defeated it. Today, we’re going to make a flag to honor a hero you know, just like the people who honored the United States after 9/11. 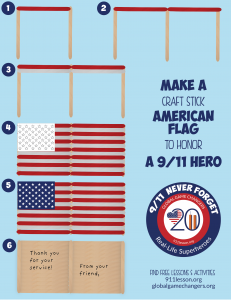 DISCUSS: What other symbols can we use to honor our heroes?